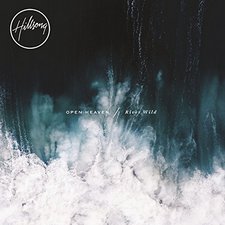 
Hillsong Church is known for putting out top worship songs, and this album is no different. While Hillsong absolutely dominates on some tracks, other tracks lose that particular shine. Hillsong's story is a pretty popular one. Pastor Brian Houston had a vision that Hillsong Church would be influential around the world. Almost 30 years later, that vision has proven true. Hillsong started in 1983, while their first album came out in 1994. They gained immediate recognition in 1996 with their song "Shout to the Lord," penned by former worship leader Darlene Zschech. Ever since then, Hillsong has been topping charts effortlessly. This album, like other Hillsong albums, is replete with its hits and lesser-knowns. It is lyrically conscious and melodically aware, and although there are more average songs than great songs, the strength of the great songs makes this album worth repeating.

The first track is standout "O Praise the Name (Anastasis);" it's the best song on the album. What makes it so great are the humble and reverential lyrics and powerful vocals. The song explains what Jesus did for humanity on the cross and catapults into a chorus that sings the Lord's praises; it's powerful stuff. Lyrics like, "His body bound and drenched in tears and For endless days, we will sing your praise" are some of the structural pieces that build this magnificent song. This song has most likely since made its way into churches all over the world. The next track, "Love on the Line," is a lot like "O Praise the Name." Its subject matter is the same and the music is similar, using synths and guitar. "One Thing," "Open Heaven/River Wild," "Transfiguration," and "What a Saviour" are all incredible songs. These songs, along with "O Praise the Name," are the reasons why this album is so good. These songs are the examples of what Hillsong does best: sharp lyrics, skilled melodies, and thrilling vocals. Hillsong shows off their craft; from lyrics like, "immerse me in your mercy," to "Now I know that I have seen your glory that cannot be unseen," Hillsong defends themselves as one of the worship pioneers.

However, the remainder of the songs tend to slide in a downward spiral. "Heart like Heaven" and "Jesus I Need You" are both decent worship songs, but lack the pizazz the first half of the album possesses. The last four tracks each have good moments, but fail to really deliver on them, which makes them mediocre at best. Still, each listener will have his or her preferences and could easily find solace in one of these last four tracks.

The music on this album ranges from calm to energetic. The piano / synth / guitar combination does not overwhelm the lyrics, but lets the lyrics be the centerpiece, so the congregation can be intimate with Jesus. The music isn't overpowering on this record; it has the power to soothe listeners into intimate moments with God.

Open Heaven / River Wild has great moments, and it has its weaker moments. It reaches lyrical heights, and it hits some lyrical plateaus. The first half of the album is overall better than the second half. Hillsong fans will not be disappointed with this album, as it still boasts so many standouts. Hillsong does another great job with Open Heaven / River Wild, and it is always a pleasure to see what else they come up with.