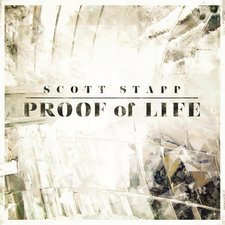 Scott Stapp returns with a solo effort after releasing Full Circle with his band, Creed in 2009. If anyone is even slightly familiar with rock music, it would seem unusual for one to be unaware of Creed, a band that has sold a substantial amount of albums (over 40 million) and garnered what seemed like endless exposure on video channels back in the early 2000s. Creed often had to deal with the criticisms of being compared to other bands or being labeled as a post-grunge endeavor in music. A solo record is nothing new to Stapp, as he made his debut in 2005 with The Great Divide, after Creed disbanded temporarily in 2004. It's always fascinating when an artist can remain humble after being a part of something as influential as the band Creed.

The album would initially appear to be in the hard rock category with the opening tracks "Slow Suicide" and "Who I Am." "Who I Am" echoes the riffs and sounds of Creed's "What if." A word of caution with "Who I Am" as it contains mild curse words in it ("D*mmit" and "Hell"). The title cut, "Proof of Life," is one of the more prominent songs and asks what one's purpose is for being here with a stirring message: "No excuses for your sickness / it's your choices that got you here / are you caught in the headlight standing still? / Don't you wish you could run away? / Have you lost your desire for someone to come and save you? / I will give everything to justify the reason I'm alive." "Only One" is easily the best song with a captivating rhythm which contains an implication about having faith in God regardless of difficulties, changes, or times when one doubts themselves, as it implies: "Even when you feel so low like you might let go / I will be the first one reaching out to you / I will be the last one giving up on you." The boldest and most forward song, "Jesus was a RockStar" is a refreshing change of pace on the album with a marching, blues-like beat. Jesus' accomplishments and story are addressed as it insinuates that Jesus was something very special and worth honoring: "He walked on water / he turned water to wine and drank with people you and I would just cast aside / he fed his people food / and in the blink of an eye, he gave a blind man sight... he gave us everything and more/ he was your party that you'd been looking for / Maybe, just maybe, Jesus was a rock star." The album slows down from this point on and closes with another memorable track, "Dying to Live," which carries an especially optimistic tone by telling the listener that there is more awaiting them in life: "What I thought was all of my life's story / turns out it was only just one page / it's a new beginning, I've got so much left to see / I'm dying to breath in every momentI'm dying to let go and feel what real love is."

This is by no means a groundbreaking album, and it seems that Scott Stapp was mostly going for an album from his own experience while he sums it up stating, "I've made a lot of messes in my life but I've learned I can take a mess and turn it into a message. This album chronicles my struggles, my journey and it's the most honest records I have ever written." Proof of Life has notable moments that are found here and there with some tunes that many will appreciate. It will appease the Creed and Daughtry fans alike or anyone in search of rock music that also has its lighter moments ("What Would Love Do," "Only One" and "Dying to Live").