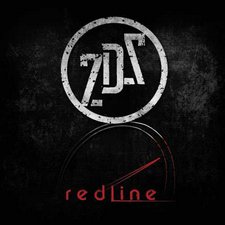 
After dabbling in the worship genre for a few albums, Seventh Day Slumber returned to their roots last year with We are the Broken. Redline follows suit, further revitalizing their presence in the Christian rock circle. With many bands losing the edge they once had, both musically and lyrically, it's exciting to see Seventh Day Slumber regaining their relevance. Opening track "Bring It On" blasts full force with a Christian rock classic "the battle is already won" fight song and will surely get your blood pumping. Abruptly slowing the pace of the EP, "Gone" tells of God's grace extending further than you can imagine. It's a nice song, but it relies too much on the alternative rock technique of jumping between loud and soft for emotional effect. A cover of Temple of the Dog's "Hunger Strike" triumphantly marks the midpoint of the EP. This album highlight is about expressing gratitude for what you have and calls out those who take advantage of those in need. Kevin Young of Disciple lends his talents here, dominating the vocal parts of Chris Cornell. "I'll Bleed" and "Lost In The Lights" close out the 16-minute EP on a rocking note, complete with punchy guitars, gritty baselines, and passionate singing. Joseph Rojas's post-grunge vocals sound great throughout the EP, but when he talk/sings in the verses of "I'll Bleed" it doesn't have quite the same powerful effect. The band also throws a curveball on the closing track "Lost In The Lights" with synthesizers accenting the anthemic riffs.

In an industry where the almighty dollar can become really tempting, it's humbling to see Seventh Day Slumber live out the words they sing in "Hunger Strike" by giving all the proceeds away to help build wells and feed hungry children.