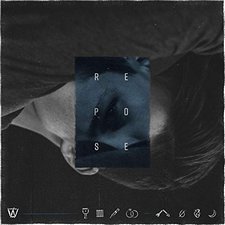 What We Do In Secret
Repose


For years, the story of What We Do In Secret was one of uncertainty. With only a couple of independent EPs to the bands credit, they kept talking about an eventual full-length that never seemed to come to pass, while also maintaining a less-than-prominent social media presence that left fans wondering about the band's future. But you could hear a collective sigh of relief a few months ago when Facedown Records announced that they had signed WWDIS, and that the long-promised full-length album was not only on its way, but would be here before the year was up.

Repose is a ten-track album that introduces the bands identity to the world while also fitting quite nicely and safely in its metalcore lane. Trace amounts of Wolves at the Gate (and even a little Empty) can be found in the way they mix the heavy and the melodic; great examples of this come in 918 and Blackout. WWDIS excels at effortlessly going from fast and furious to tempered and melodic and back again at the drop of a hat, trading Josh Adams somewhat rough scream for a much smoother clean singing. The opening track, In Falling, also introduces a sort of screamed spoken word sound. This element is sparingly utilized on Repose, but it does show up again in the title track, which presents a nice opportunity for a guest appearance by Silent Planets Garrett Russel, who fits in perfectly.

Something that In Falling does set a precedence for is the albums theme. Adams says, Were sick and broken, weve all gone astray / lost in the darkness, depression has its way / but its all not hopeless, our sufferings not unique / listen to the songs of the broken, I pray they give you peace. The depravity of humanity meeting the mercy of Jesus is covered in varying ways, with an impressive lyrical style that, at times, overshadows the music itself. Rebirth is a darker song near the beginning of the album that deals almost exclusively with feeling lost and peaceless - with only a hint of redemption in a couple spots - but it can be very relatable to the bands audience, and is at no point completely hopeless. Shine : Lost is a cry for humility, Repose mourns the loss of an unborn child, and Silhouette seems to deal with mental illness; WWDIS covers a lot of ground in such a short runtime. But the final track, Vindication, closes the album by reminding the listener of Gods goodness and promises through all of lifes miseries: Ive waited for the winds to change / for the scales to be tipped my way / but now I see that Your hands holding me / strung out on the things I could not escape / but You said I am free / You calmed the storm in me.

Its been a long road for What We Do In Secret, and its exciting to see that part of their journey comes with such great exposure and a new platform on which to share their struggles and faith. My initial reaction was that Repose was simply a decent album, but diving into the lyrics really helped to pull back the curtain and find the beauty in the whole package. This is one of Facedowns best releases of 2019, so dont sleep on it.