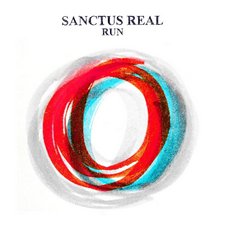 Sanctus Real is not the same band they used to be. Sure, these are largely the same guys who released Say It Loud in 2002, but what happened? Where's the sound so many fans fell in love with? Didn't these guys used to rock? When a band shifts their style as dramatically as Sanctus Real has over the years, it's easy to even question the group's motives. Are their tastes changing, or are they just watering down their sound for more radio play? Sometimes, jumping to conclusions is the easiest way out, but that doesn't give the band the opportunity to share the whole story. After all, an album should be judged on the quality of its own songs, not how it compares to a band's previous releases. Bands change. Styles change. What ultimately matters is this: Are these great songs, both lyrically and musically, for the style that they ARE, not the style that they could be, or what the fan thinks they SHOULD be?

Sanctus Real's defining moment came in 2006 when they released their third full-length album for Sparrow Records. Widely celebrated by critics for its lyrical maturity, The Face of Love came at a time of personal struggle for many of the members. This changed the band forever. While they still retained much of the blistering sound of Fight the Tide, the signs were there that it would be replaced by a softer, more subtle approach in the future. This transition continued through both their 2008 and 2010 releases.

Enter Run, the band's most radio-friendly release yet, filled with some of the most honest, heartfelt lyrics Sanctus Real has ever written. Listening to Run feels like listening to CCM's future Top 10 of 2013. It's both that good and that different from what they've done before. These are all quality pop songs and that's just what they are-- pop songs. While Sanctus Real may never fully embrace their rock roots again, their place in history was never made by consistently sounding one way. It was always about what they had to say and that's never changed. The message of hope in God's love has never been clearer, or presented in a more accessible way.

Take the title track for example. There's no questioning the honesty or truth when front man Matt Hammitt sings, "There's only one way to find your help/One place to lose yourself/One way to find your help/So reach out for your hope/Let these arms hold you close/Reach out for your hope.: Hope is found in God and God alone. This is a theme that's really echoed throughout the whole album, especially on standout tracks like "Promises" and "Pray."

That's not to say that the album is without its flaws. While the band has successfully transformed their sound into a sugary, pop-covered sheen, the lack of musical experimentation sometimes leaves songs sounding too similar and making it difficult to distinguish one from another. This is a common complaint by many listeners of traditional CCM pop radio and it's a problem that Sanctus Real has run into as they have moved further in that direction. Yet, the overall quality of Run can't be denied and the Deluxe Edition continues where the regular album leaves off. Featuring four additional songs and a remix of the title track, the Deluxe Edition of Run provides a nice continuation, both lyrically and musically, of the quality found in the first 12 songs.

While Fight the Tide might have been Sanctus Real's best rock release, Run may be just the beginning of a promising new direction. class="coversize" align=right> Early Thoughts...
Think about it for a minute. Name the most consistent band in Christian music. We're not talking about just quality of music; think about member changes and album release dates. The Newsboys? Sure, they're great, but their current lead singer was making music with another super group you might have heard of when the band was started. Skillet? That's a pretty good answer, but even they've had a number of member changes you might be surprised with. Think Sanctus Real. Not only do they have mostly the same lineup they started out with in 1996, but they've released consistently great albums every two years for the past ten years like clockwork. Their latest, Run, is no exception. It was definitely worth waiting that extra year. Filled with some of the most honest, heartfelt lyrics the band has ever written, Run is a collection of one powerful single after another. While the band may never fully embrace their rock roots again, trading them for more pop sensibilities, Sanctus Real's place in history was never made by consistently sounding one way. It was always about what they had to say and that has never changed. The message of hope in God's love has never been clearer, or presented in a more accessible way. Fans of Sanctus Real will find themselves singing along to the songs of Run in no time... --->

The title track and first song off Sanctus Real's Run should make it onto a lot of workout mixes in the near future. With its stratospheric guitars, pounding rhythm and encouraging lyrics, the song demonstrates Sanctus Real's knack for emotional, heartening songwriting. "Nothing Between" is a similarly uplifting sonic moment, and "Picture Of Grace" serves as an honest look at human failing and nicely bookends the band's past hit "I'm Not Alright."

Those tunes are unfortunately among Run's few highlights. The bevy of similar sounding, though watered down, tunes that remain--with unimaginative titles like "Pray," "Promises," "That's Life" and "We Will Never Give Up"--sound like crowd-sourced greeting card sentiments with middle-of-the-road pop rock backdrops. Sanctus Real has demonstrated in the past that they are capable of writing hooky, yet thought-provoking songs with heart, and with almost three years between albums, it seems like Matt Hammitt and company could have come up with a lot more to say than is evidenced on Run. - Tincan Caldwell, 2/4/13