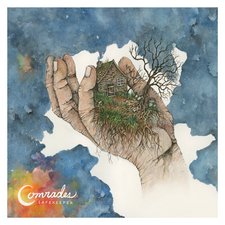 
Since its large-scale inception into thrash and heavy metal in the 1980s, screaming as a vocal style has been largely misunderstood and sometimes ridiculed. The implication is often that screaming is simply used by those who either can't sing, don't have anything to say, want to appear angry and edgy, or all three. This perception isn't helped by a slew of mediocre, monotone, and otherwise boring bands, throughout hard music, that often do fall into such stereotypes. But every so often, a band comes along that stands above the racket and brings a creative new perspective to the industry. One such band is the post-hardcore band Comrades, now almost ten years old. Their 2016 album Lone / Grey was critically acclaimed, but it was their 2014 project, Safekeeper, that catapulted them into prominence in the Christian post-hardcore scene.

The album begins with "Endless," which showcases the wide variety of styles that Comrades has adopted, transitioning from bassist Laura MacElroy's soft vocals to a passionate verse screamed by Ben Trussell, and back again, all riding on a beautiful series of instrumentals. This, in a sense, captures the essence of Comrades, balancing screamed and sung vocals almost perfectly, in a combination that works surprisingly well. "Endless" blends into "Roving," a long instrumental that exemplifies what could be described as "the other half" of what the listener will hear on Safekeeper. As the title indicates, it's a roving song, musically wandering all over the place. Even so, it's well executed, with noticeable contributions from all members of the band. The following track, "The Compass," features more excellent guitar work by Joe MacElroy and gang vocals near the end which give the song an anthemic feel.

Three tracks later, the song "Orphan Hymn" employs the same blend of styles as "Endless," making it an album highlight, and the spiritual predecessor to Lone / Grey's "Sheperd's Hymn." This is followed by two more instrumentals, "Haven," and "Severance," before the final track. "The End of This Story and the Beginning of All the Others" is a title drawn directly from the name of the final chapter of C.S. Lewis's "The Magician's Nephew," and it lives up to its namesake with a beautiful close to the album. While technically an instrumental, it features a thought-provoking spoken message that seems to perfectly sum up the album.

The main thing that detracts from this album is the at-times lengthy instrumental tracks. While these instrumentals are all musically sound, some of them fail to really hold the attention of the listener ("Calling Down Fire (To Keep Warm)" and "Severance"). With a run time of only 33 minutes, I can't help but feel as if Safekeeper could have been better as an EP, cutting a few of the more cumbersome instrumentals. Overall, though, it's still quite a good album in itself. While not perfect, it added a new and creative sound to the Christian post-hardcore scene and paved the way for Comrades' later success.