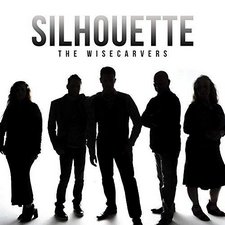 
In a world increasingly becoming obsessed with personal feelings and self-gratification, the Wisecarvers want to put the focus on Jesus and His will. The title track of their newest release, Silhouette, states Let them see/You not me/Till the only thing thats left is just a silhouette. The tracks throughout the album work cohesively toward that thesis.

The themes presented range from exuberance to struggle. In the song, When You Look At Me, Kaila Wisecarver expresses the desire to live up to what Jesus had planned for her. Go Down Again is about trusting Jesus even when it doesnt seem like He is present or working. Jesus to Me emphasizes Jesus power and anticipates His second coming. The track Someone Elses Valley exhorts people to be humble when life is going well as inevitably someone else is suffering. The concept of Gods comfort in times of trouble is present to some degree on the majority of the project, but a message of hope keeps the album from becoming mournful or depressing.

It is unfortunate, however, that musically, Silhouette just isnt very ambitious. Slight explorations outside of the very well-tread southern gospel characteristics do crop up from time to time, but never to any significant or revelatory degree. A couple of melodic nods to 80s pop or pop/rock appear, and occasionally blues stylings make welcome appearances. Detrimentally, however, these interesting elements are both too lightly used and too infrequent to really elevate Silhouette above its contemporaries.

The Wisecarver family presents a solid and affirming message, especially for the Christian in need of encouragement, but its positive lyrical content isnt enough to help it stand out in a world where hundreds of albums are released every week. Silhouette doesnt do anything musically radical, nor does it compare to the best the genre has to offer. Ultimately, a solid Biblical message put to average music isnt enough to demand a recommendation with so many other great options to consume.