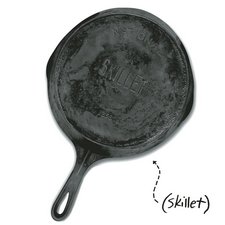 
I will admit that this album is not perfect. But for a debut album, Skillet did a whole lot right. The album opens with "I Can," a masterful blend of clean riffs, driving guitars, and soothing pianos. It is a quality opener and an album highlight. "Saturn" is the first ballad on the album and is quite well done. It shows that Skillet is diverse and can vary their sound. "Saturn" is followed by three outstanding raw rock songs. "My Beautiful Robe," "Promise Blender" and "Paint" are sure to please rock fans everywhere. "Promise Blender" blends strong emotions with driving instruments and is arguably the heaviest song on the album and my personal favorite.

"Boundaries" is another quality rock track and keeps listeners tuned in right up to the end of the album. Overall, Skillet's debut album is nothing short of terrific. I have all of their later stuff and still feel that this is one of their best (if not their best). John's vocals are raw and raspy and fit the album beautifully. Ken Steorts is an outstanding guitarist and writes some insane riffs, and Trey is no slouch on the kit.

If I have any complaints about this album it is the last song. "Splinter" does not fit well with the rest of the songs and is a disappointing way to finish the album. Also, although the two ballads ("Saturn" and "Safe With You") are both good, they do not stand out as much as the rest of the album.

All in all, though, Skillet's self-titled debut is a great album and a must have for all fans of good solid aggressive rock music.

A grand start for a great rock band. John Cooper's gritty vocals and the quirky instrumentation of most of the songs make this a real standout grunge rock release. Definitely still one of my favorite offerings from the band. - 12/3/05, John DiBiase