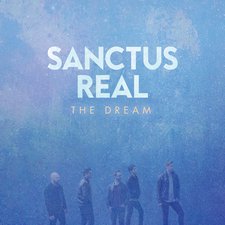 If Sanctus Real's career had to be described in one word, there would be a lot to choose from. You could talk about the band's sound, their faith, or even their longevity. There's a lot to say. After all, they've released three independent albums and seven studio albums on a label since their formation in 1996. They've even changed their style a few times, from rock, to pop rock, to pop, gaining numerous fans and awards along the way. But one word stands out above them all, and it's not really any of those things. Sure, it relates to them in a way, but it's not as superficial. It's more all-encompassing. It's 'dream.'

A post on the band's Facebook page in the month leading up to the release of their latest album, The Dream, shows why this word defines who they are-

The dream isn't fame. They've achieved that with numerous Dove and Grammy nominations. It isn't longevity, although they've had that too. It's Christ. The dream is Christ and what He's done for us. It's the sacrifice He made so we can all be forgiven. If there's one thing that's stayed consistent, from album-to-album, from decade-to-decade, it's the band's steadfast commitment to this message. It's what makes The Dream another solid addition to their catalogue.

Let's be clear from the start, though; this album isn't perfect. As someone who appreciated the band's earlier releases, it's hard to accept how much they've slowed down, stylistically speaking. But they do what they're doing now well. Sanctus Real has become the master of simple pop songs. Musically, you won't find anything too complicated here, but the songs are memorable, and they do their part in pointing you towards what's important: the lyrics. The band mixes it up just enough to keep things interesting, and front man Matt Hammitt's sound fits naturally with their current style. His performance may not be up to the level that it was on their 2006 release, The Face of Love, but that's only because dynamically, the songs on The Dream just don't have the diversity to showcase his range. Fans of the band's earlier work may not appreciate the direction they've taken in recent years, but like with any release, it's important to look at it in the context of a single package, not a collection. At the very least, they have to respect Sanctus Real's unwavering witness for Christ. What the album lacks in power musically, it certainly makes up for in its message.

One of the most powerful tracks on the album is its first single, "Lay it Down." It's so easy to look for contentment, or hope in the world, but that approach will fail every time. Ultimately, the only place where real freedom can be found is in Christ. That's what this track talks about, and it's a theme that's continued throughout the whole album. Other standout songs include "One Word at a Time," and "33," a powerful ballad that would feel right at home on any of the band's releases from the past decade. While some groups like to mix in 'fun' tracks with 'spiritual' ones, Sanctus Real is pretty consistent throughout. Here, that's absolutely a strength though, and it makes for an extremely uplifting listen, no matter the circumstances.

For many fans, Sanctus Real may have peaked a few albums ago. That's okay for them to feel that way, it's a matter of opinion. What's ironic though, is that with The Dream, those same fans may catch themselves singing along anyway. Sometimes, it's just hard not to. This album isn't perfect, but it's not bad either. It's not innovative, but it's not entirely generic either. It's just a different for the Ohio pop rock band, and that's okay.

When Sanctus Real made their debut over 10 years ago, they were a new band with fresh, quality music with a knack for lyrically balancing light-heartedness with seriousness. As they have grown and matured, that freshness has faded and the past few albums have felt quite repetitive. With promises for the band's latest release, The Dream, to be a return to their roots, this particular reviewer got his hopes up for that aggressiveness and excitement that earlier releases (Say It Loud, Fight the Tide, and The Face of Love) were able to muster. Strangely, this album doesn't really resemble anything the band has put out previously. "The Dream," "I Need You," "Head In the Fight," and "Easier On My Heart" are rooted in synth and an almost electronic-pop sound. Musically, it's trendy and will please a large number of CCM radio-fans, however with that "trendy" sound, it gives the songs a shelf life. "Bend Not Break" features a really great folk layer to the album and kind of separates the upbeat songs from the slower, more thoughtful tracks. Nevertheless, the track is so different from the rest of the album, it feels like an after-thought or out-of-place recording. That's not to say that it's a bad track, but it just heavily contrasts the rest of the record. "One Word at a Time" and "On Fire" have that classic Sanctus feel, but with a few more layers of polish. Also, both of these tracks are softer songs, so it doesn't do much to lift the album up. The end result is a good collection of songs, but in no way did Sanctus Real give listeners that same liveliness or freshness that could be found on earlier releases. Without a doubt, newcomers and long-time fans might have conflicting opinions of the album. While there are some decent moments, The Dream may draw a large number of new listeners while keeping fans of earlier releases dreaming of them. - Review date: 10/12/14, Ryan Barbee

Sanctus Real has effectively (and probably permanently) forgone their rock days and has fully embraced CCM. The time to be bummed is gone, and the time has come to embrace Sanctus Real for what they are now (which is an experienced, insightful, and creatively above-the-curve group for the tired genre). The Dream presents the group at their pleasant and soothing best, with many synthy and swirling soundscapes to engulf their listeners. It is certainly a musical approach that has been done often before, but Sanctus Real does a good job at keeping it worthwhile; both lyrically and musically, they are still a cut above most CCM (owing to their experience and talent). Indeed, The Dream may just be the band's best album since We Need Each Other. - 10/13/14, Mark Rice of Jesusfreakhideout.com