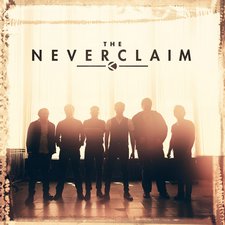 The Neverclaim is a six-piece from Portland following a fairly standard Christian music odyssey. They've been signed to Essential Records, moved to Nashville, and will soon release an eponymous album and head out on tour with Sanctus Real. The fairly standard journey begs the question: is this fairly standard Christian music? On The Neverclaim, sometimes it is, with lyrics and musical settings that don't offer much innovation. However, thankfully, most of the time this music is inventive and well worth a listen.

The band's somewhat cumbersome name is drawn from their statement, "We never want to claim God's glory as our own." The majority of their songs feature worship lyrics set to a rock sound reminiscent of Needtobreathe. "Revival" opens the album; the song has had a long gestation, already appearing on a Vineyard release with Cultivation Generation in 2011 and on a movie soundtrack in 2012. It's a good example of the band's sound, and it's very well crafted. Lead single "One Truth One Life" is a drum-driven anthem that unabashedly declares Jesus as the one way to Heaven in a world that grows more and more equivocal on the matter. Another standout is "Burn," a scorcher with pounding drums and distorted guitar. There are pauses in the vocals that give the song an expansive, big sound that will be a particular treat in concert.

There are moments when the songs follow the modern worship template a little too carefully, and some rhymes seem forced. There is musical diversity, but somehow the presence of slide guitar, mandolin, and banjo seem less inventive in a musical landscape saturated with Mumfords, Decemberists and Lumineers. That's not the band's fault, but it does take a little luster off their major-label debut.

It is a bit surprising that a band with such a musical arsenal chose to close with two quieter songs, but the first of them, "Sweet Sweet Mercies," is likely to be a favorite for many fans. It's confessional, speaking truth into our doubt and light into dark captivity.

The production by Paul Moak (Mat Kearney, Third Day, Matt Maher) and Jason Ingram (Chris Tomlin, Tenth Avenue North, Building 429), is solid, and the album fits nicely in the collection of fans of Third Day and Needtobreathe. There is strong potential here, and The Neverclaim is a band to watch for the future.

Neverclaim lead singer Jeremiah Carlson used to be a drummer in a heavy metal outfit. His friend, guitarist Matthew Warren, on the other hand, is a classically trained cellist. Rather than trying desperately to combine their divergent musical influences into some sort of coherent whole, they and their bandmates have wisely opted to start from scratch for the self-titled national freshman effort.

The gritty, soaring leadoff track, "Revival," begins things promisingly enough, sounding like a slightly harder-rocking Rhett Walker Band or, for those who remember them, a somewhat more mainstream Rock 'N' Roll Worship Circus. The arena-ready pop anthem, "One Truth One Life," on the other hand, is propelled along in most engaging fashion, thanks to its airtight melody and the band's buoyant delivery.

From that point on, though, the group spends the majority of its time treading in glossy, worship-leaning soft pop waters. The album's prominent guitar work and Carlson's forceful, slightly-strained vocals do serve to differentiate the group somewhat from their plentiful counterparts in the pop/worship domain. Underneath the frequently bracing sonic textures, though, too many of the album's songs are lumbering, undistinguished pieces that sound far too much like every other artist in the Top 40. In fairness, fans of the Christian Hit Radio format probably won't mind the similarity. For everyone else, though, the debut record, while certainly pleasant enough, falls just shy of etching out a unique musical identity for its creators. - Bert Gangl, 8/12/13