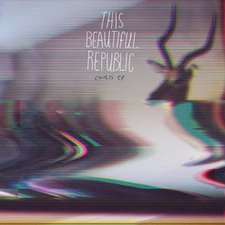 It is always a shame when bands with so much potential break up in their prime. Such is the case with the Toledo, Ohio rock outfit This Beautiful Republic. 2009 saw the departure of lead singer Ben Olin, and the rest of the band followed earlier this year. Fortunately, they left us with a small memento in the form of a three-song EP of some cover songs, recorded before Ben left, to ease the withdrawl.

The EP kicks off with a bang, bringing a rock edge to the Oasis hit "Wonderwall." I was initially very skeptical about a cover of such an iconic song, but I think the band executed it quite well. It doesn't compare to the original, but when Olin belts out the chorus, I felt chills that I was in no way expecting.

Gnarls Barkley's "Crazy" follows in the same vein, although I personally think it may improve on the original. Olin's voice handles all of the high notes flawlessly and replacing the synthesized beats with pounding guitars, and a truly excellent pick slide, brings a fresh take on the song. Also, having seen it performed live a few times, it loses nothing on the stage.

Covers EP draws to a close with the band's cover of Stuart K Hine's hymn "How Great Thou Art." The song gets off to a rough start, but it is soon saved by some drums underneath the gentle guitar. Olin tones down his normally powerful voice to give the song a reverent woship vibe. That is, however, until just after the three-minute mark, when the band bursts forth in full power and brings the song to a decidedly epic climax before closing it with a simple drum beat.

While not perfect, the EP is a wonderful offering to the fans of the band who have seen these tracks performed live. This Beautiful Republic will be sorely missed.