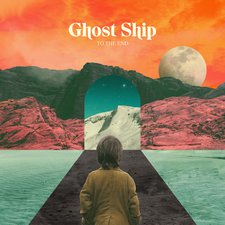 Ghost Ship
To The End


Ghost Ship has been quite silent since 2015's Costly. When the band finally gave us a new single earlier this year, it was all that fans needed to whet their appetites for more. To the End is the band's first official Gospel Song release, and it's arguably the strongest Ghost Ship material to date.

Mars Hill Music's roster was very musically diverse, with Ghost Ship being the label's southern/country band. And though their label has changed over the last few years, their sound has not. To the End offers a nice, warm country sound with enough indie and pop flavorings to make it stand out. They also have big, catchy, singable choruses all throughout the album that routinely get stuck in my head, but in a good way. "Mighty God, Father, Friend" is an early highlight that would also make for a great radio single, along with the upbeat "He Reigns" and the superb "You," which may be my favorite track this time around. Though the album does have a track or two that doesn't mesh as well with the rest, such as their rendition of "The Old Rugged Cross," there's enough wonderful music here to overshadow these instances. Other highlights include "Make My Spirit New" and the magnificent "Oh Sinner," which is up there with "You," competing for my favorite track.

When the band released Costly, I liked it well enough, but it didn't do a lot for me at the time. Needless to say, I wasn't really anticipating future releases. But I'm pleased to report that To the End has been one of my favorite releases of 2019, and one I return to often when I want some good worship music. If you enjoy country and southern gospel and are looking for something new to dive into, I can easily recommend this one.