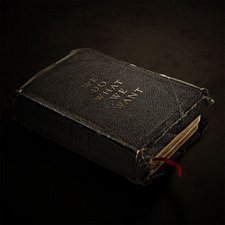 Emery
We Do What We Want

A new album from Emery is always one of the most highly-anticipated Tooth & Nail releases of that year. It's been this way since 2004, when the world first heard the screams of "Are you listening?" that jump-started their T&N debut The Weak's End. Seven years later, the anticipation for their newest album is heightened for two big reasons. The first is that their last full-length, ...In Shallow Seas We Sail, was and is one of the best in their career. The second is that Emery is now officially part of the Solid State line up, hinting that their sound will be of a heavier nature. The last week of March 2011 gives us Emery's fifth full-length record, We Do What We Want.

One of the aspects of Emery that had helped define who they were as a band was having two vocalists who knew just how to play off of each other. Earlier this year, though, co-vocalist and guitarist Devin Shelton made his departure from the band. Thankfully, Emery has made great strides in making the songs work despite his leaving. At times, the songs still even carry that Emery aspect, using either layered vocals like in "I Never Got To See The West Coast," or in the case of "You Wanted It," using lead vocalist Tobey Morrell's singing vocals combined with screaming from Josh Head (the band's resident keyboardist and programming expert). Shelton's absence is noticeable, but the band isn't held back at all because of it.

We Do What We Want has been touted as their heaviest material to date. As I mentioned, they're now officially on the Solid State part of the Tooth & Nail family, alongside Underoath, Becoming The Archetype, Living Sacrifice and other hardcore/metal outfits. It may cause the Emery fan to wonder what exactly happened to their music to garner placement amongst such heavy bands. If you listen to songs on the first half of the album, some of it will make sense. Opening track "The Cheval Glass" kicks off with some loud screams and an almost-breakdown of sorts. The following track, "Scissors," opens destructively with about ten seconds of screams, chugging guitar and an assault of double bass. Morrell's crooning vocals come in not much later, making it an Emery song like we're accustomed to. The metal aspect does make its apperances at random points throughout the song. "Scissors" also has some great technical guitar work in it. "The Anchors" even goes so far as to have a few seconds of blast beat on occasion. The heavy parts of the album can honestly be called the heaviest that Emery has ever been.

However, this does not apply to the album as a whole. In a way, We Do What We Want is somewhat of a paradox in that aspect. While parts of it are Emery at their heaviest, other parts are perhaps the gentlest they've ever been (not counting the acoustic versions of their own songs they've done on special editions and whatnot). As the album progresses, it gets less and less heavy. Though screaming finds its way into these later songs on occasion, it becomes less prevalent. "Daddy's Little Peach" is a unique song, having many qualities about it that make it something we've not quite heard from the band, while still turning out have "Emery" written all over it. "Addicted To Bad Decisions" is a gem, incorporating some of the pop punk that Emery has always had hints of in past albums. It's somewhat reminiscent of "Returning The Smile You Have Had From The Start" from their highly-acclaimed 2005 album The Question. The last two songs are very mild. They take on a bit of an Anberlin vibe (to a small extent), and are pretty simple, yet very beautiful. "I Never Got To See The West Coast" is actually somewhat of an acoustic pop song. I could easily picture it getting airplay on pop radio stations. The following is even more toned down, taking We Do What We Want from a raucous start to an at-ease ending. It's called "Fix Me," and Morrell spends the four minutes talking about our (but mostly his) faults, and yearning to be fixed. It's Emery's most blatantly Christian-themed song, as he sings "Fix me, Jesus fix me, I've been waiting so long to feel this heart beat, will we ever really believe? We're just caught in the thought that we deserve to be free."

The album cover features interesting artwork; it's simply a picture of a Bible, but instead of "Holy Bible" or anything like that written across the front, it says "We Do What We Want." It's an interesting look at our human nature and how we make what we want to do into our religion and ourselves into our own personal gods. It's fitting, too, as Emery is more open and honest about things on this album than they have been previously. With themes ranging from their infamous confrontational nature ("It's time to back all your big words, but you're all lipstick and cheap skirts" from "The Cheval Glass"), to singing of the futility of self ("It's so unfair, I believed I could handle this, I swore I could fix everything, but I told myself lies all of these years" from "The Curse of Perfect Days") to finding redemption in "Fix Me," they're very open and heartfelt on this album.

Many fans of The Weak's End and The Question took a break from their Emery fandom upon the release of I'm Only A Man, and didn't join back up with them until their next full-length album, ...In Shallow Seas We Sail. I'm not sure how they'll respond to We Do What We Want, but I do know that Emery is solid each and every time. Their sound changes a bit with each project, but they're always successful, and each album is a jewel on its own. The one main thing about this album that leaves me unfulfilled is when they get heavy, then almost immediately take it back down a level or two, like the short pounding intro of "Scissors." I would love to have heard more of that. But it turns out to be good nonetheless. Emery isn't a metal band, so I don't completely expect that from them. What I have come to expect, and receive each and every time, is fantastic and emotionally-driven music from one of our favorite Tooth... er, Solid State bands. Don't prepare yourself for a ton of heaviness, but prepare for goodness. It may take a few listens for you to fully appreciate it (I know it did for me), but they're worthwhile listens.

When "The Cheval Glass" blasts the doors off their new album, you can see why Emery took the different label home for their latest release. The first few tracks combine a much heavier aspect to the band than ever before, including raunchier screams, some very nice double bass, and even a breakdown or two. These opening tracks both start the album off well.

"The Curse Of Perfect Days" is your typical Emery track. It draws you right in as Toby sings of what he would be like if he lost his wife, and the result is an extremely moving song. "Daddy's Little Peach" brings the storytelling to an even closer realm. A beautiful blend of hard and soft tunes provide the backdrop for a girl who's searching for what she's really worth and the decisions she makes along the way. "I'm Not Here For Rage, I'm Here for Revenge" and "Addicted To Bad Decisions" are both good listens and fit in well on the album as well. The final two installments on the record bring back the ultra softness that Devin Shelton was better known for in the band. Even after his departure, Toby manages to deliver the same feel as he sings softly: "We're caught in the thought that we deserve to be free..." While Devin is certainly missed, the band can reproduce his talents pretty closely.

The album title (per Emery's Facebook page) speaks of humans determining their own path out of free will rather than adhering to a lifestyle dictated by God. Lyrically, the feel of the album follows that thought process very closely. Emery brings a harder side to those emotionally gripping lyrics, creating a beautiful melting pot of both the heavy and melodic that makes for an absolutely great listen. - Kevin Hoskins, 3/28/11