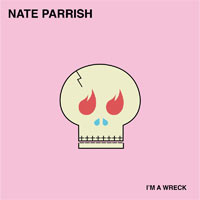 I'm A Wreck is an album we haven't heard in the Christian music industry for quite some time. It's a blistering and rugged punk record that harkens back to the days where Hawk Nelson was writing letters to the president and Relient K was exploring the anatomy of tongue and cheek (however one would go about doing that). But I'm A Wreck is just as much a product of the modern punk scene as it is a throwback to the old. Echoes of The Wonder Years and The Menzingers are strewn throughout these tracks and it's a delightful treat.

Nate Parrish doesn't merely find his musical identity in his inspirations. The eponymous track and opener "I'm A Wreck" infuses elements of ska-punk into a rowdy and infectious tune. "Mind Monopoly" is the most traditional punk song here and, quality-wise, could fit right into the modern pop/punk movement. Likewise, "Losers" and "Permanence" are fantastic cuts that will be sure to please fans of New Found Glory and Alkaline Trio. These songs boast bright, summery aesthetics and boisterous melodies atop a flurry of power chords. On the other hand, "Things My Father Taught Me" and "Hope" are power ballads that provide a touch of vulnerability, optimism and lyrical reflection.

I'm A Wreck has plenty of worthwhile things to say too, from the idolization of political figures and celebrities ("Politicians and Celebrities"), to traversing the war between cultural pressures and personal convictions ("I'm A Wreck"), how effortless it is to lose ourselves behind online personas ("Everything Is An Outrage") and how our Lord perseveres with us even when we go astray ("Permanence"). They're refreshing criticisms of everyday topics perceived through the lens of a humble faith and an urgent commission.

I'm A Wreck is a tightly written and relevant batch of punchy punk songs that will most definitely provide an invigorating dose of hope in a year that seems all too hopeless. Highly recommended. 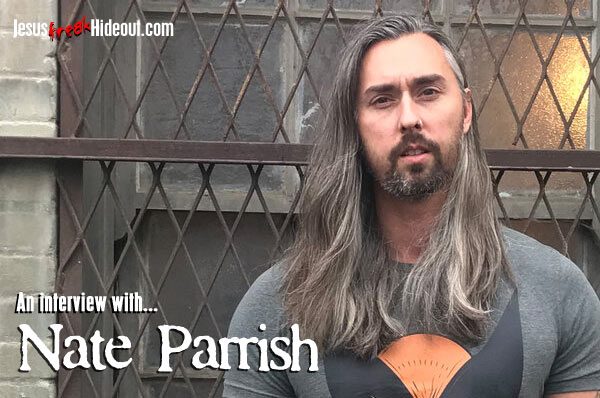 Nate Parrish: Thank you! I was fortunate to have a cool older sister who introduced me to that wave of 90's punk revival with bands like Greenday, Rancid and MXPX. From there I did my research by reading all the liner notes in those cd's and found the "founding fathers of punk"! Bands like Ramones, Social Distortion, The Replacements and that's when I grew in my appreciation for the genre and attitude of punk music. When starting to write this album I made a conscience decision to keep things simple and straightforward and let the message and melodies do the work. That's one of the reasons I fell in love with classic punk, it was more about the message and passion than it was about gimmicks. I'm also a big fan of Bruce Springsteen and Johnny Cash and their ability to tell a story, so there's some of that in there as well.

Nate: A little over a year ago I decided that I would sit down with my guitar and write record whatever came out, which can be a scary and vulnerable process, but thats what makes the truest art. I had spent most of my musical career in worship or Christian rock bands and I was getting to a point where I had so much to get off my chest that didn't fall into the traditional worship or Christian scene. So in a way this project for me has been a "going back to my roots sort of thing. I also thought it was important that I act as my own producer so the music came purely from my heart, for better or worse, so I made a small recording set up in my house and annoyed my wife and neighbors, in true punk fashion. The initial plan was to record and release a song a month for a year, which allowed me to write about whatever was going on in my world, good or bad, in real time. After 6 months I had written an entire album so I just decided to stop and release the rest of the songs as a full album. It's been a very cathartic experience for me!

Nate: I have a secret obsession with saxophone.now it's not a secret I guess. I have a friend, Chris Bellamy, who I have had the privilege of leading worship with over the years at The Church Collective conference and as the song was about finished I just kept hearing saxophone in my mind. I finally sent the song to Chris and said, " I don't know if this is gonna work, but can you throw some sax on this song"?it totally works. Plus, as previously stated, I love Bruce Springsteen and theres something very American rock and roll about the saxophone.

Nate: Ya, it seems like the world is kinda on fire right now, but these are things we have been dealing with since the beginning, we just have smartphones now. Some of these songs hit on different points of contention such as politics, celebrity worship, cancel culture etc. but I don't want to just be that guy that's like "You're wrong!" I want to always encourage people to think, not tell them WHAT to think, That's where things get dangerous. I think if we start from a position of humility and can admit that we are just as capable of being wrong as the next guy, we can have actual dialogue and maybe get somewhere. We have become far too comfortable living in a bubble, surrounding ourselves with people who are just like us, that we have lost the ability to have civil discourse. We are very brave behind a keyboard, but if we actually faced each other more often in person, I think we would realize we have more in common than we think. Seek reconciliation instead of settling for settling scores. Also, delete Twitter.

Nate: Thanks! I love that song too. Funny thing is that song was not originally on the album. I had 10 songs done and ready to go, then the quarantine kicked in and I knew I needed write a song. I wrote, recorded and had it on the album in 2 weeks. I think the biggest thing I've learned is patience! That and it's been a great reminder that God's people have a unique opportunity to actually be salt and light in the world, sometimes we just need things to get a little dark before we remember that we are called to be a light.

Nate: Such a fun video. That song is actually a love song to my wife Rachel. It's about how you can find someone that flips that light switch and "scares the monsters away". For the music video, all the guys involved are a part of The Monster Squad, which is basically our group of friends that get together and watch horror/sct fi movies usually poorly done and from the 80's. My buddy Andrew Bertolucci shot the whole video in actual VHS with a Panasonic camcorder, so thats not a filter, thats actual black and white analog video. I wanted to do a fun tribute to the Monster movies that we love, so you'll see ghosts, Wolfman, Dracula and lot's of Easter eggs hidden throughout. It was really fun, but it got crazy hot in that little room and we almost killed each other.

Nate: I think when you're creating any type of art, music included, you need to first be true to yourself and what you're trying to express. You're first audience is yourself and if you put your heart and soul into what you create, you should be proud of that and others will hopefully recognize and appreciate that as well. Punk has always been about the diy spirit and a reaction to the status quo, so you may or may not achieve mainstream success, but that shouldn't deter you from going for it. Whatever your passion is, my advice is always go for it 100% and don't let the pressure of fads and trends change who you are. Trends change, pure art lasts.