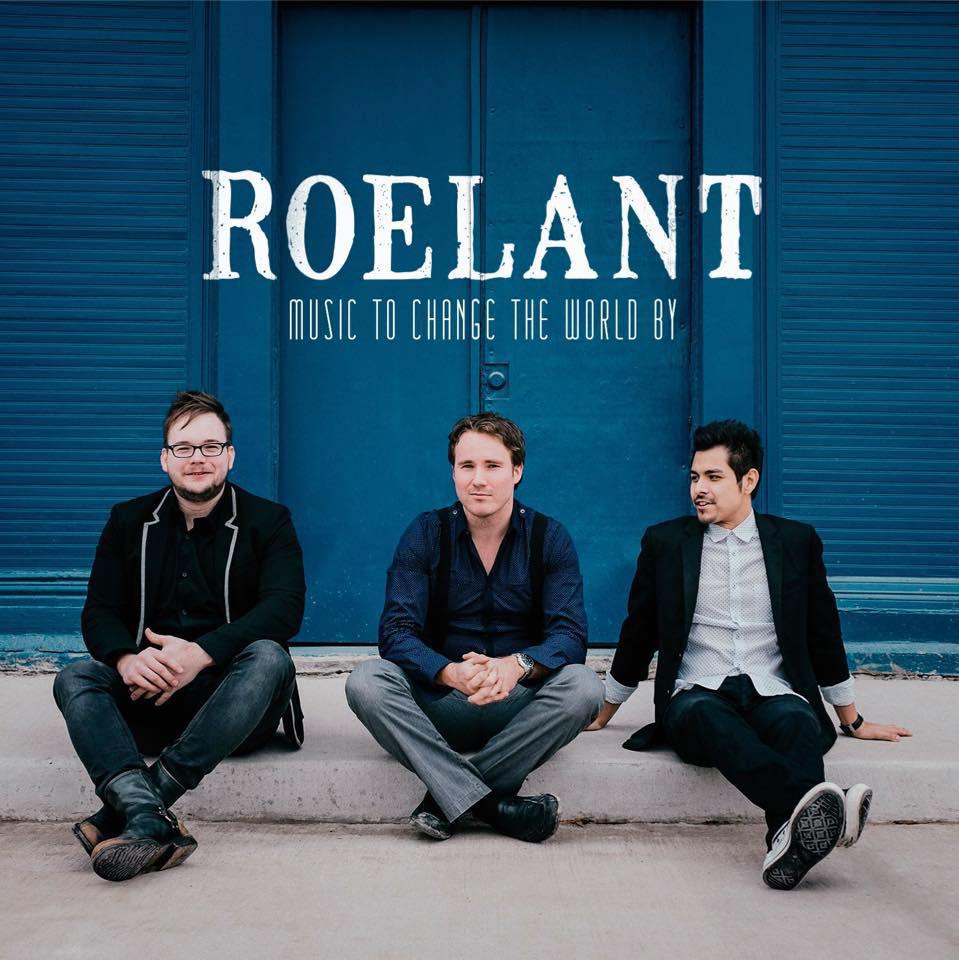 Roelant
Music To Change The World By

A musician from the heart of Texas, singer/songwriter Justin Roelant had spent years putting together his debut album, but it wasn't until he gathered together some friends and fellow musicians that it all fell into place. Now a trio, Justin dropped his first name from the act, and Roelant's debut album is finally here; Music To Change The World By may be a bold title, but it carries with it a message of eternal significance designed to change the world indeed.

Roelant's sound is an interesting one, as they blend together elements various corners of the pop and rock spectrum. From the get-go, Justin's anthemic rock vocals are evident - and also maybe a little overbearing in the song "Island." His voice blends better in later tracks, though, as his sound brings to mind that of Chris Cornell. It works especially well in "Let Go" and "They Will Know We Are Christians," which makes sense, as they sound like poppier versions of Cornell's band Audioslave. "Staring at the Sun" adds a slight dance feel, a la Jonezetta, and "Soda Pop Kids" almost sounds like a 90s alternative song. The band's experimentation with various genres pays off, helping Music To Change The World By remain interesting. And it's not just a pop rock fest; "The House Is On Fire" is an acoustic song with some quiet, tribal drums in the background, and "Feed the Fire," though a full band song, is rather tame, and also features an unexpected pennywhistle, giving it a Celtic sound.

Lyrically, Roelant explores different subjects, from selfishness ("Island") to salvation ("Staring at the Sun") to satire ("Soda Pop Kids"). My favorite messages on this album comes in the song "Soda Pop Kids," which deals with our world's way of violence and killing your enemy versus God's Kingdom's way of nonviolence and loving your enemy. Justin says "Line up, enforce justice at the end your bayonet, go on shut up, for king and country and you must not dissent, kill in the name of peace, keep freedom in your hands, love is not politic when power is in demand." In a world where the Church keeps adopting the ways of the world, songs like this are increasingly important, even if they are satirical and slightly sarcastic. "They Will Know We Are Christians" also bears an important message that, again, the Church doesn't seem to be doing so well with: unity. This one doesn't so much focus on where the Church has failed, though, and instead focuses on the future, when God will unite His bride.

Roelant's introduction to the music scene is a pretty solid one, with an appealing pop rock album that sets them up for a bright future. It has its fair share of debut album issues, but, in all honesty, Music To Change The World By seems to have risen above most of those issues. I can safely recommend giving Roelant a listen or two. 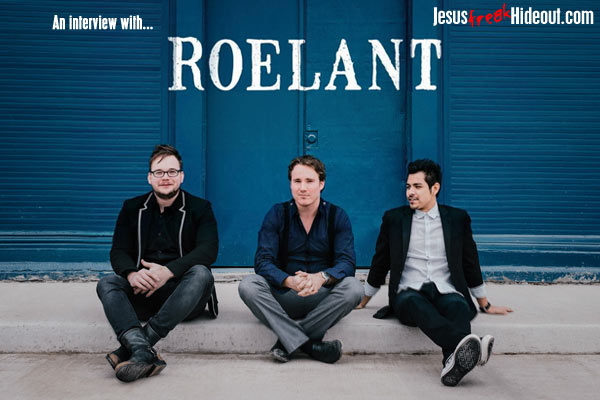 Justin Roelant: The recording process itself was arduous - it was extremely difficult selecting the right songs for the record. We recorded the record in halves. We initially tracked five songs, but hadnt finalized the second set of five. I was counting on being able to write new material or transform older songs into the feel of the first five recordings, but that proved challenging. As a songwriter, it's difficult to maintain perspective, so oftentimes I might write a new song that I thought was my greatest work yet, only to have the others in our group say that it didnt fit or vibe with the rest of the material, and we would be back at the drawing board. We were met with unforeseen challenges in nearly all stages of production - recording, mixing, and mastering - which caused our timetables to be drawn out and extended past the timelines we had anticipated. We learned an incredible amount during the process and I am sure we will never approach a recording the same way again, but Im also convinced that the experience was a necessary step in our growth.

Justin: The idea for Music To Change The World By is actually years old. Oddly enough it initially began as an iPod playlist - I would put songs that had a very epic feel to them in a list so that I could work out to them. But music, or any form of art, has an interesting way of becoming a lens through which we see the world, so eventually the idea evolved and we took poetic license and music to change the world came to be analogous with the message of Jesus. The music we refer to is not of our own making, but rather the song of Christ.

Justin: "Island" was inspired by both the poem No Man Is An Island by John Donne and Thomas Mertons book with the same title. I wrote the song early in my relationship with my wife (at that time my girlfriend), and our relationship was teaching me just how selfish I really was. My natural tendency is to keep struggles or difficulties close to the chest, with little room for those I trust to speak into my life. Ive always been a sort of go it alone kind of person, but more and more I believe thats truly unhealthy. In many ways, I think that individualism is one of the greatest struggles with the Church today, especially the American Church. Community isnt just a good thing; I believe community is a necessity if we are to truly live as Jesus taught.

Justin: "Soda Pop Kids" as a title has nothing to do with the song itself. That was the last song we tracked on the record, and we recorded it before having lyrics. Initially I was trying to make it a critique of the vanity of pop culture, but it turned into a critique of a different sort. Its a critique of how I feel the Church has blurred the lines between Christocentric values and nationalistic values. I cant reconcile Jesus teachings to love our enemy with the retributive justice through violence that the Church has oftentimes endorsed, not just passively but excitedly at times. Theres a line in the song that I think sums it up - love is not politic when power is in demand.

Justin: Currently we are playing a fair amount in the Texas region, but are looking to tour other states in the near future.

Justin: All Your Favorite Bands by Dawes. Those guys make real music and it sounds great. One of my favorite Christian artists who really ought to be better known in the U.S. is Strahan, and hes coming out with a new full-length in 2016. Anything he makes is a blind buy for me.

Justin: I recently finished a study of Hosea, and now I'm going through the Gospel of John at the moment. I dont feel like you can spend too much time in the Gospels with the words of Jesus.