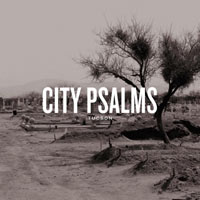 
When a churchs worship team records and releases new music, its usually only written, composed, performed, etc. by members of that specific body of believers. But in Tucson, Arizona, City Psalms is bringing a larger sense of community to its music. Each album is created by the hands and minds of different musicians, singers, and songwriters all throughout the city. Their fourth release, City Psalms Four, continues with the same idea in mind. Ultimately, the album is cohesive enough to avoid a jarring listening experience, but the different songwriters and vocalists throughout the album do manifest themselves in different styles and genres. There are traces of pop and dance music (such as Praise in the Wilderness), but there are also moments of contemporary, corporate worship and even some rock & roll influence (see God With Us). While the music is solid and well-orchestrated, the real highlight comes in the albums sincere praise toward our Maker. My personal favorite track, To You Only, is perhaps the best instance of when these two aspects come together at their finest. The synth is really catchy and complements the mildly funky groove; the second verse then gives the lovely bass line some time to shine while they sing Youre the God who spoke creation into form / the only One who breathed a word and life was born. This song isnt indicative of the album as a whole, but its my recommendation if youre merely wanting to sample it. Beautiful Communion is another great choice with its tender guitar and proclamation of the Lords death and resurrection, and the final track (appropriately titled Reprise) sums up the album with callbacks to some of the other tracks, while bringing in some more of the quiet acoustic guitar. City Psalms Four is an accessible, yet rather enjoyable worship album. Its musically diverse, but also very familiar, as it utilizes well-known styles of music that fans of big-name worship bands frequent. Be on the lookout for its release in February!
- Review date: 1/14/20, written by Scott Fryberger of Jesusfreakhideout.com