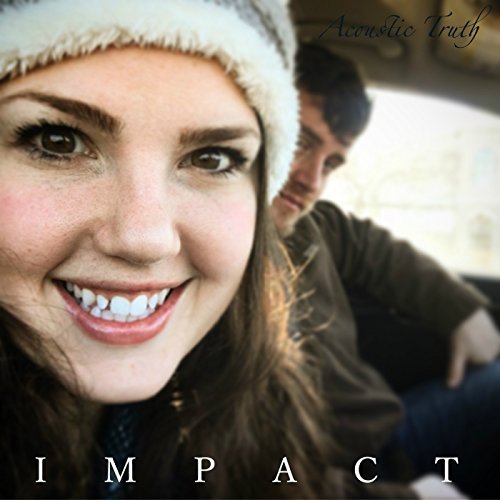 
Acoustic Truth is the musical project of husband and wife duo Ryan and Sarah Knott. The Chicago-based couple makes acoustic based music -- with contemporary, country, pop influences -- with the hopes of bringing back heartfelt music they feel has been lost over the years. The two also remain ministry focused as they play as the praise band for their church. Though Sarah sings mostly lead, the Knotts' voices blend nicely together and complement each other well. The overwhelming majority of Impact is soft and mellow, but there are moments when the music picks up with some with some overdriven guitars, like the guitar solo in "Unchanging" or the guitars in "Messiah." The album's opener, "Free," is a nice introduction, but the minor key sounds of "Unchanging," the 6/8 tempo of "Birds of the Air," the beautiful "Able," and Big Tent Revival feel (reminiscent of the bonus track from Open All Nite) of "Mile in My Shoes" take Impact to its highest points. However, the aforementioned "Messiah" is a really fun song with a great sound that breaks things up a bit. The production of the album is nice, but it's not quite as slick or as high quality as the major releases today. What you get with Impact is a good sounding recording with proper and professional mixing -- a major studio could have taken it to another level, though. Ryan and Sarah have a really good thing going with Acoustic Truth. The duo has definite potential and have released a really solid album on their own. Several of the songs would be considered prospective for CCM radio and a couple, like "Unchanging," are better than a lot of material heard in the same place. Impact is Acoustic Truth's second album, but I'm curious to hear what a third trip to the studio could produce -- especially if they caught the ear of label. Fans of acoustic contemporary music will likely find quite a bit to love with this release, but it could also appeal to country music fans who are looking for something a bit more worshipful in nature. All who listen will undoubtedly enjoy Sarah's vocal performance throughout.
- Review date: 12/7/17, written by Michael Weaver of Jesusfreakhideout.com