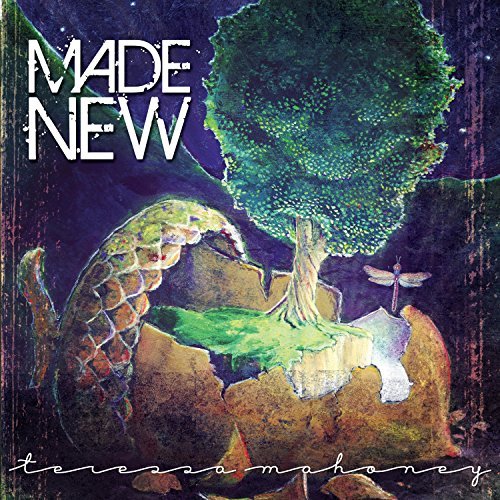 
Teressa Mahoney is a singer/songwriter from Colorado with nearly 30 years of experience singing. From youth group worship bands to national conventions, singing wasn't just a hobby, but a passion for Mahoney. After taking some time to focus on her marriage, children, and graphic design career, Mahoney learned how to play a guitar and started singing again, leading to an opportunity to write and record her debut EP, Made New. Mahoney establishes her sound early on; despite being a through-and-through Coloradoan, working with a producer in Nashville helped bring out the southern side of her. Warm piano, a mild twang in her voice and guitar, and the slightest bit of electric organ make for not only a contemporary pop sound, but a southern pop sound as well. "Glimpses and Shards" might be the prime example on this EP, but "Me Too" brings it back quite a bit to round it out. "Let's Start Again" is the slowest track, but it also almost reminds me of one of Third Day's epic worship anthems. Lyrically, Mahoney covers a surprising range of topics for a five-song EP. Each song has a Scriptural backing, but it's more than just a direct worship album. "I Will Listen" displays a Christlike companionship between her and a friend, in which both believers listen to each other and carry each other's burdens. Additionally, the lyrics come out of a place where Mahoney is dealing with a loved one going through a difficult time. We've all been in places where we needed a friend like this. "Sing Out Your Song" has a meaning that can be taken in two different ways, both very positive. Addressed to someone Mahoney refers to as "my girl" - presumably her daughter - the song works as both a declaration of our worth as seen in the eyes of Jesus, as well as a good song to rise above bullies and their empty words. It's a solid anthem for any young ladies struggling with either of those things. Then there's "Let's Start Again," which features some very heavy, yet humble lyrics that I strongly relate to: "This plank in my eye is blinding me to my tendency for depravity, and oh how easily I imagine myself to be somehow better than I am." Strong words, yet just the ones we need to tell ourselves before we can truly approach the throne of grace. Teressa Mahoney has done well on her first outing as a full-fledged recording artist. I imagine that radio stations would see wonderful reactions to any of these songs as singles.
- Review date: 10/4/17, written by Scott Fryberger of Jesusfreakhideout.com