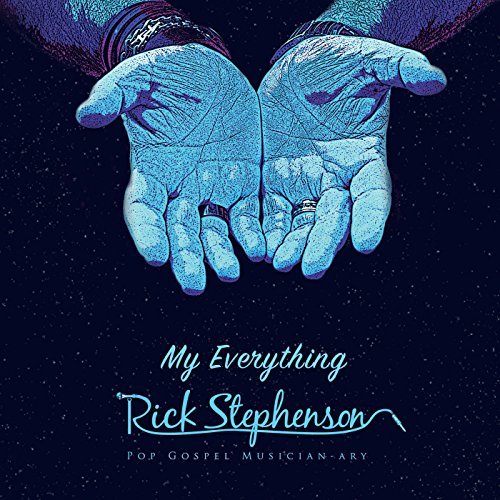 Rick Stephenson
My Everything

Though he calls Johnson Creek, Wisconsin his home, Rick Stephenson also spends time as a traveling speaker, touching Christian audiences with his words of encouragement. But he also takes his music along with him, leading people into a time of worship wherever he performs. The award-winning singer/songwriter recently came out of the studio and has a brand new album to offer; My Everything marks his fourth full-length album. Stephenson's sound is rooted in pop rock, but it also features classic rock and contemporary elements, giving it a more widespread appeal. Several other bands come to mind when listening to these songs, such as Third Day and Big Tent Revival. At times, Stephenson's vocals sound like Mac Powell without the southern drawl or deep vocals ("King of the Broken" is a good example). Every once in a while, he'll hit some notes with a light, power metal vibrato (see "All I Crave"). I also hear shades of Big Tent Revival's "Two Sets of Joneses" somewhere in Stephenson's "Breathe On Us." Amid the contemporary pop rock sound, Stephenson throws in a few surprises, the biggest of which is the almost synthpop nature of "Take Me Through the Fire." It doesn't go extremely well with the other songs, but it was interesting to see Stephenson break out of the mold in which the other songs fit so well. My Everything is full of songs that will no doubt find many a fan singing along as he travels the nation with his band. It's a great fit for any contemporary pop rock fan. - Review date: 10/6/16, written by Scott Fryberger of Jesusfreakhideout.com