Switchfoot has taken America by storm with their catchy but meaningful pop/rock songwriting. In the wake of the release of their latest effort, Nothing Is Sound, JfH was able to get a brief Q&A with the band's keyboard/guitar whiz Jerome Fontamillas...
This interview took place on: March, 2006

Jerome Fontamillas: It feels great. We just feel really thankful that we are able to have more people hear our tunes.

Jerome: That people who recognize the songs dont necessarily recognize the band. I can be at the grocery store and "Meant To Live" goes on the speakers and Im amazed to see people singing along and Im in the midst of it unrecognized. I actually really enjoy it.

Jerome: One of the things were able to do is raise more awareness to issues that hit close to home. We started this thing online called Lowercasepeople.com where we can discuss issues that are important to us whether its about music, art or social justice.

A little of both. It had its challenges and difficulties but it also had its rewards. This is the first album the band has recorded as a five piece since adding Drew as another guitar.

Jerome: Drew is an amazing guitarist. What he brings to the band is invaluable. Not only in the studio, but live as well.

Jerome: In a studio setting, youre always brainstorming on creative ways to record. Jon and our producer thought this would be an awesome idea, and it was.

Jerome: We are ready to go on our Spring Tour. We hope to see you guys at the show. 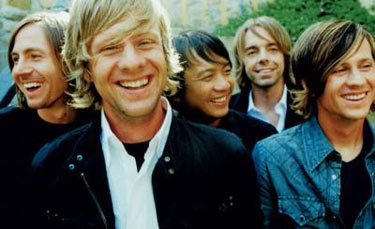