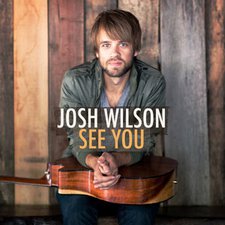 See You
by Josh Wilson

Sometimes I, I just want to close my eyes
And act like everyones alright, when I know theyre not
This world needs God, but its easier to stand and watch
I could say a prayer and just move on, like nothing's wrong

Cause I dont want to live like I dont care
I dont want to say another empty prayer
Oh, I refuse to
Sit around and wait for someone else
To do what God has called me to do myself
Oh, I could choose not to move
But I refuse

I can hear the least of these, crying out so desperately
And I know we are the hands and feet, of You, oh God
So if You say move, it's time for me to follow through
And do what I was made to do, and show them who You are

To stand and watch the weary and lost
Cry out for help
I refuse to turn my back and try and act
Like all is well
I refuse to stay unchanged, to wait another day
To die to myself
I refuse to make one more excuse

Behind the Song:
"I wrote I Refuse with Ben Glover. All we really had was a song title. We knew we wanted to do a turn on that negative phrase. We wrestled with what to do with it and then kind of let it sit. Once the flood hit, thats when it all came together for me. There was a very real temptation to pray and ask God to rally the community and bring people to help and raise money. I found myself using prayer as an excuse to not do anything. But as Christians, praying for others is not enough. Were the hands and feet of Jesus; were supposed to do something. So that phrase came back to me, I refuse to do nothing. That was all the inspiration I needed." - Josh Wilson