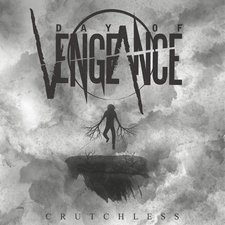 Crutchless
by Day of Vengeance

Behind the Song:
This song is about one of the biggest regrets of my life. I grew up in Thailand. For a while as a kid I was dedicated to training and fighting at a grimy muay thai club there. During that time I was best friends with a kid who had a really rough life. His dad was a police officer but that didnt keep his dad for methodically beating him and his mother. One day I found out that a main event I fought in was rigged by my own club for me to lose. My family took a trip to the states soon after so when I came back to Thailand I just never returned to the club. We didnt have cell phones or social media so I lost contact with my friend for a while. One day he showed up at my house out of the blue with a motorcycle I knew he could not have afforded. I sensed he was up to no good. I however, was simply not in the mood for a social call so I was a total jerk to him. I blew him off and just sat on my computer playing civilization 2. He sat there for a few minutes then got up and left without a word. I never saw him again. Many years later my dad told me about how once when he was doing prison ministry he met my friend in jail. He told my dad someone did something to/with his girlfriend so he killed him. That story cut me deep. I was one of the only positive influence that kid ever had. I can still taste how bad I felt the day I turned my back on my best friend. That same regret has come back to remind me never to turn my back on anyone. - Josiah Hughes