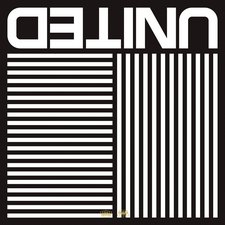 Hillsong United - that name can conjure various responses: happiness, excitement, celebration, frustration, jealousy, annoyance, etc. The joyful responses make sense; good music receives a well-deserved warm welcome. But why any negative response? It could be for a number of reasons: too many albums that sound the same, the fact that Hillsong related entities flood the CCM market year after year, their ever-growing influence overshadowing lesser known worship artists. Whatever the reason, people either love this band/ministry/movement or they disdain it with every fiber of their being. That being said, the latest offering from the band, Empires, might continue to walk the love/hate line for some people, but without a doubt, some opponents may cross the great divide.

The album opens with the thought provoking, "Here Now (Madness)." With pulsing synth and soft vocals, it's a gentle opening that calls for the Holy Spirit to open the eyes of the church to see His work. This soft introduction is carried throughout most of the album. While United has been known as a band that murders the "thump-thump-thump" of the kick-drum, Empires has a minimalistic sound that relies on rich melodies and meticulous instrumentation. "Say the Word," "Heart Like Heaven," the title track "Empires," and "Even When It Hurts (Praise Song)" continue this sound with a heavier emphasis on synths. Special note should be made for "Even When It Hurts;" it is lyrically rich and removes the stigma that God is only in the midst of "good" things, as worship leader Taya Smith sings, "Even when it hurts like hell, I'll praise you. Even when it makes no sense to sing, louder then I'll sing your praise."

Featuring a more acoustic sound are songs like "When I Lost My Heart to You (Hallelujah)," "Prince of Peace," and "Captain." These tracks showcase a more intimate sound that churches can sing with a skeleton crew rather than needing layers upon layers of instruments. In addition, these songs almost serve as refreshing poetic selah moments.

For those looking for corporate gathering songs, you'll find plenty to choose from. "Touch the Sky," the first single from the album, has proven to be the "Oceans" of this release. Smith's vocals shine bright amidst the flowing music. Plus, the song is easy to sing and lyrically is a great reminder of our need for humility in approaching the Lord while at the same time resting in His grace. "Street Called Mercy" may seem like an unconventional choice for a church to sing, but the breath-taking melody, featuring the talents Jonathon Douglass (JD) and Matt Crocker, and simple lyrics make it a heartfelt song for the body of Christ to sing. A true highlight is the one true energetic track, "Rule," once again featuring the vocals of Matt Crocker. The music maintains a simple sound, but the groove pulses with passion as Crocker sings, "Be the fire burning inside out, be the love casting out all fear, let your name rule the atmosphere." Lyrically, it truly resonates the theme of Christ being the king.

Concluding the album is the beautiful "Closer Than You Know." Uniquely, it is from the perspective of Christ to the sinner, reminding the listener that He is closer than we know. Near the end, it transfers to the believer responding to the presence of Christ and finding confidence in who He is and recognizing our natural need to worship Him. The track ends on an incredible crescendo of praise that doesn't leave the album lacking.

Hillsong United has proven over and over again that their music isn't just for corporate gatherings or for easy listening. It is most definitely music for the body of Christ with a sound that resonates with the 21st century believer. The goal isn't to make money, get popular, or to build their empire; it's to sing songs that build-up the future residents of the Kingdom of Heaven. Honestly, those who dislike the band may maintain their position based on private principles - which can be respected, not fully understood but respected. For the rest of us, this is most likely the album that 2015 has been waiting for.

It is amazing how one album can change the entire perception of a brand (notice I said "brand," not "band"). That is exactly what Zion did with any music that was attached to the Hillsong name. Now, 26 months after introducing the world to Zion, Hillsong UNITED is ready to give the world their follow-up and see what new directions the world of worship music will take.

The result? Well, the cynical listener would call it "seventy-two minutes of chill-out music." As one who enjoyed Zion a lot, even I had to admit to myself that it was often needlessly drawn out and sometimes practically begged for the listener to simply zone out. But Zion has nothing on Empires. In addition to being long and drawn out, there are few dynamic shifts (either vocally or instrumentally) and little musical variety, making the album seem like one very long song. As such, trying to listen to Empires all the way through almost relegates it to the status of a lullaby album.

But I cannot really say that is a bad thing. In fact, Empires is borderline groundbreaking within the genre of popular worship music; it almost completely forgoes the big bombastic sounds, systematic dynamic rollercoasters, and constantly repetitive lyrics of, say, Hillsong Worship (formerly Hillsong Live) or Jesus Culture in favor of soft, quiet vocals, relaxing music, and long instrumental interludes. Not that it has never been done before (I can think of more than a few indie/underground worship projects that have already mastered it, and Zion has elements of it), but it has never been done before on a scale as big as this. And while I cannot say any particular songs were really memorable (indeed, after all my listens, I have trouble finding any defining or stand out features of a single one), Empires is perfect for long-term replayability thanks to its uniqueness in an often tired "genre."

I really don't know how Empires will be received. Well, actually, I do (at least in the immediate); the album will sell like hotcakes and fans will love and embrace it because it is Hillsong UNITED. But it will take time before we can truly see the ultimate impact of Empires. Will it help direct popular worship music out of the doldrums of big bombastic anthems where it stays paralyzed, or will fans grow bored and quickly move on? Honestly, I do hope it is the former... - Review date: 5/24/15, Mark Rice

Ever since Hillsong United ditched the standard Hillsong family formula (you know, at least one live album of "new" material every year), they've been a band that has steadily gained not only the adoration of hipsters near and far, but also myself and other Christian music fans who steer clear of Hillsong. They caught my attention with Aftermath four years ago, and continued to impress with 2013's electronic-based Zion. In 2015, Empires is doing a bit of impressing as well. With the massive, out-of-nowhere success of their songs "Oceans," you wouldn't be surprised if I said there was an "Oceans"-esque song this time around as well; given the fact that "Oceans" never stood out to me at the beginning makes it a little hard to say if Empires will produce another huge single like that, although the anthemic "Heart Like Heaven" may end up doing the trick. Personally, I think "Even When It Hurts (Praise Song)" stands out as my top pick; it's a wonderful, relaxed song with raw lyrics about giving God thanks and worshipping Him no matter the cost and no matter how we feel inside. As per usual, United doesn't necessarly win points for the most creative lyricism, but they're leagues above where they used to be, and that certainly earns some marks. More indie pop than electronic this time around (though there are still synthesizers used), Hillsong United seems to have found where their strengths lie, as they stand out as a highlight of 2015 thus far. - 5/23/15, Scott Fryberger of Jesusfreakhideout.com