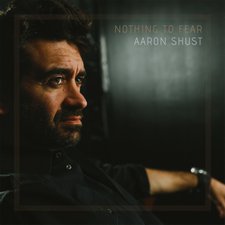 Aaron Shust
Nothing To Fear


Veteran worship artist Aaron Shust has had a fairly mild, yet consistent career in the Christian music scene. While he hasn't had an original song chart in the Top 20 Christian Adult Contemporary Songs since 2013, he has managed to remain relevant amidst the revolving door of CCM's newcomers and old favorites. His more recent success came on the heels of covering Bethel Music's mega-hit "Ever Be," as well as releasing a live album in 2017. He returns to the studio with an album of original songs for the first time in over four years, when he released the more-hit-then-miss Doxology.

Nothing to Fear begins with a brief intro before bursting into the energy-filled "Your Word." This song provides a snapshot of what makes Shust excel in his style of worship music; simple, psalm-like lyrics, catchy melodies, powerful production, and smooth vocals. Frustrated fans of the recent worship music trend of 8-plus-minute songs will find a breath of fresh air in Shust's straight-forward approach to songwriting. No song here overstays its welcome, and the album flows nicely as a result.

The standout cut, "None Like You," glides through an island-esque rhythm, accented by middle-eastern tinged instrumentation, such as ukulele, trumpets, and flamenco guitar. This gives the song a distinctly Jewish feel, and one may think this song would be a perfect companion on a stroll along the shores of the Holy Land. The addition of the Hebrew lyrics "ein komocha Adonai," translated "there is none like you, Lord," is a fresh idea to the CCM world, and adds to the Jewish flair. These themes continue here and there throughout the album, like in the touching single, "Zion," and the radio-ready "Heal Our Land." The former sees Shust masterfully paint a biblical picture, reminding God's people that He will "bring you back home oh my children / I will wash you with water / I will offer the Lamb." These Jewish overtones are sparse, but brilliant, and leave you wanting more. The rest of the album focuses on fairly standard CCM fare. Other highlights include the militant "This I Know," which properly uses bagpipes (a rare feat) and an original melody to freshen up the childrens-favorite "Jesus Loves Me," as well as the subdued and emotional "Death is Not the End."

Though the album is made up of mostly solid tracks, it does suffer some from overly cliche lyrics. Take the otherwise stellar "More Than Welcome" where Shust writes, "oh the deep deep love of Jesus/mighty and wild and vast and free/like an ocean over me," or the string-led "Rest," which features the oft-used verse "Be still and know that He is God." While there's nothing wrong with these lyrics per-se, they seem worn out and tired, having been used by worship bands over and over again. This trend unfortunately continues in "Savior of the World," which does little to stand out from a multitude of similar songs. The album ends with a simple, acoustic rendition of the famous 19th-century hymn, "Just As I Am." While I'm sure Shust was aiming for an honest, heartfelt close to the album, the lack of attempt to bring anything new to this old classic makes it seem like a filler track, and a lazy way to end the album.

Nothing to Fear is a strong effort from one of Christian music's better artists over the last decade and a half. While some of the lyrics are tired and cliche, there's a lot to like in this offering. Where Shust truly shines, and sets himself apart, is in his exploration of Jewish themes and instrumentation. I look forward to future albums digging into these themes even further, as Shust certainly has the potential to create a masterpiece in this field. As it stands, Nothing to Fear is a more than welcome addition to his catalogue, and is sure to please any fan of contemporary worship music.