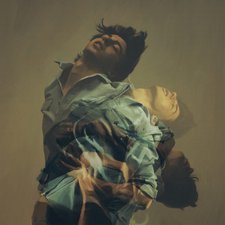 NEEDTOBREATHE
Out of Body


In troubled times, it's a blessing to hear from familiar voices. And in popular music, NEEDTOBREATHE singer Bear Rinehart's soulful voice is as instantly familiar as they come. In a summer full of cancelled movies, festivals and sporting events, the timely release of a familiar band's album is a rare delight. But it's more than just a return for the fellows of South Carolina's NEEDTOBREATHE; it's also the first outing for the band without founding guitarist and fellow Rinehart brother Bo. Out of this unsteady season for the band (both internal and external) comes the steady and rocking Out Of Body, an album that sticks close to the band's familiar sound (more so than their last album, the slightly spacy H A R D L O V E), but still shows progress in the band's songwriting acumen.

Opening with the galloping "Mercy's Shore," chief lyricist Bear Rinehart pointedly verbalizes the seasons of life and the many triumphs and failures that color our time here: "Just over the ridge in front of you / another mountain that you'll have to climb / you see the light but never find surface / I don't know if I can swim no more / white knuckles and wild horses / someday we'll wash up in mercy's shore." The extended nautical metaphor here is a great choice, with the image of arriving in heaven being more like washing up on a beach after a shipwreck than a triumphant entry through the gates with angels blowing horns. (The late, great Rich Mullins would often use a similar metaphor in his storytelling about arriving in heaven.)

Third track "Hang On" celebrates the little moments in one's personal history (being in love for the first time, the way summer feels as a kid when school is out) and how it's important to stop and enjoy the little gifts of God along the way. The following, countrified "Survival" is an old-timey romp with Drew Holcomb & The Neighbors, and the meshing of Drew and Ellie Holcomb's distinctive vocals with Bear's is a delight. With an energetic guitar rave up at the end, the song is a true barnburner and album highlight. The worshipful "Who Am I" rounds out the wonderful first half of the album, and shows that the band is as comfortable writing about their faith as they are any other subject. Indeed, it's their ability to weave it all together in a holistic picture of life that is the group's real strength; being equally adept at playing Saturday night and Sunday morning one might say.

But it's "Banks" that serves as the album's best moment. Seemingly written as a love letter to a child (and perhaps mixing in a message to departed member Bo), the song weaves another masterful aquatic metaphor about love: "I wanna be there when the darkness closes in / To make the truth a little clearer / I wanna hold you close but never hold you back / I'll be the banks for your river."

Not every moment on Out Of Body is meant to be so soul-searching and serious. The slightly goofy "Riding High" and the careening "Alive," with its shouted gang-vocal chant "we're running down heaven," are needed moments of lightness. If the overarching theme of your work is the seasons of life, then lighthearted moments are as much part of the mix as anything else.

Many artists desire to offer advice in their works, but NEEDTOBREATHE transcends that sometimes tired trope on Out Of Body. In a difficult year, the band has managed the sometimes-unwieldy trick of offering genuine encouragement to the listener without talking down to their audience. And in doing so, the band has offered up one of this tough year's best albums, full of moving, thoughtful lyrics and terrific melodies.

NEEDTOBREATHE has done it again, as they return in 2020 with their newest entry in a string of strong albums. Out of Body is perhaps the band's most overtly spiritual album yet, with songs like opener "Mercy's Shore," the desperately passionate "Survival" (featuring a fantastic guest vocal from Drew & Ellie Holcomb) standing out most on that count. In fact, Ellie steals the show with her powerhouse vocal contribution matching Rineheart note for note. To add to the mix is the radio-ready "Who Am I," the tender ode to Bear's wife "Banks," the rollicking and reckless "Riding High," and earnest album closer "Seasons." This reviewer found the best stretch of songs to be the final five of the album though there are only two or three songs that fail to stick out overall with "Child Again" and the title track being the biggest offenders. All in all, it's nice that, although NEEDTOBREATHE is sans an irreplaceable founding member and brother this go-around, they haven't lost a step, with Out of Body falling solidly in the upper tier of their output. In time, this may even prove worthy of cracking the top three of their catalogue. Regardless, it's a fun album sure to please longtime fans of the band. - 8/29/20 Josh Balogh