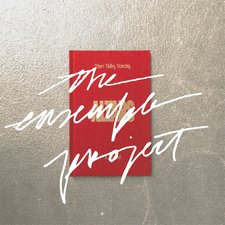 
Though they may not be the most prominent name in modern worship music, the year 2021 marks a full decade since River Valley Worship first sprung out of River Valley Church, a multi-campus mega-church based in the Twin Cities region of Minnesota. Led by church worship pastor Ryan Williams, the collective of musicians and vocalists quickly released six full-length albums in nine years, the earlier ones being impressive enough to draw the attention of BEC Recordings, and the most recent of which was 2020's Altars, a live album that was one of the better modern "alt-pop" worship albums in recent years. The formula of Altars was fairly standard for today's live worship, with a lot of slow build quiet-to-loud dynamics, many of which were very powerful. However, the project bore a particularly treble-heavy and echo-drenched vocal mix that occasionally distracted from the quality of some of its best songs.

In an attempt to put the focus more on the quality songwriting, and less on the modern trappings of electric guitar and synthesizers, River Valley Worship returns in 2021 with the five-song EP, The Ensemble Project. In this case, the ensemble is a powerful collection of the eight vocalists of RVW singing five of the best songs from Altars in a stripped down, piano-based format. Three of these songs ("Hallways," "Real Thing," and "Shadows / Spotlights") feature striking vocal arrangements with nothing more than a single piano accompanying them. There is generally no "lead vocal" in these songs, other than sometimes an initial verse; instead, the strong effect of eight powerful and dynamic voices equally mixed is striking and often moving. Opener "A Wild Chorus (Altars)" also features a light string section which doesn't distract from the voices. All these songs play with the original song chords and structures in interesting ways, with one even adding a key change.

The only slight misstep is middle track "Fade," which begins strong but then turns into an awkward gospel-influenced take on what might be the most dynamic song on Altars that unfortunately veers from the stripped-down vocal focus in favor of a full band. The overbearing organ and small-sounding drum kit, which sounds lifted from 1990's worship, feel a bit jarring in the midst of an album that is otherwise about minimal instrumentation and a truly impressive and well-arranged vocal ensemble.

Worship music in the modern era -- and boy, there is plenty of it these days -- always must straddle a fine line between performance excellence and intimacy in God's presence. River Valley Worship has released some of the better modern worship of the last few years, and this further makes clear the considerable talent in the group, but it's also a fair question to wonder who this EP is intended for. If you are already familiar with Altars, you may be intrigued by a fresh take on these songs and the consistently remarkable choral vocal production, at its best when accompanied by a single, simple piano. But if you've never heard of RVW and you're just looking for great new modern worship, you'd be better served to get familiar with the many powerful songs on that album first, because The Ensemble Project is definitely more about the performance--though without question, it's quite a performance.