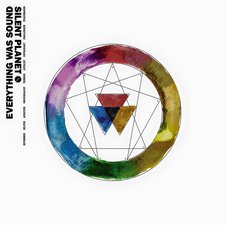 Silent Planet
Everything Was Sound


Ever since their independent EP, Come Wind, Come Weather, Solid State's Silent Planet has welcomed and astounded a consistently growing fan base. It came as no surprise that their full-length debut, The Night God Slept, was one of the most praised metalcore albums of 2014. It was an intelligent and profound look at the unabashed evil humanity all too often inflicts upon itself. This was carried by an atmospheric yet intense musical backdrop that brought to mind the positive influences of artists such as Oh, Sleeper and late Underoath. With a debut as memorable as this behind them, it would be all too tempting to stick with its direction and craft what is essentially a musical sequel, resulting in an unfortunately early fall into redundancy.

Instead of plagiarizing previous accomplishments, however, Everything Was Sound uses its predecessor as a stepping stone towards something truly spectacular. Building on the character-driven concept of their debut, Everything Was Sound delves into the lives of characters suffering from mental illness and the environmental corruption that often brings it forth.

"Inherit the Earth" begins by introducing the fall of man and the cold, heartless setting these characters abide in, "After the fire, after the rain, after the sacred kissed the profane." Thundering guitars usher in a sense of impending doom through the verses, supporting the dreadful truth that "We inherit the earth, we inherit the war / I inhabit the wound, I dwell in the harm." This is followed by "Psychescape," a scarily accurate portrayal of a character diagnosed with schizophrenia. Featuring the vocal talent of Underoath's Spencer Chamberlin, lines such as "No madness in a dream, no walls surround me to keep me safe / The straight line you draw for me: So perfect, so pure," raise a chilling awareness of the mental state of not only the literal sufferer but also those without an objective guide.

This symbolism is what makes Everything Was Sound so impressive, with many being able to relate on various grounds. Tracks such as "Understanding Love as Loss" and "Panic Room" offer hope and empathy to those with suicidal intentions and sufferers of the traumatic experience of violence and war. The latter features such despondent lines as, "Beleaguered by my breathing, choking, screaming, heaving / Time drags me back to the desert / This is war: A child stumbles from the wreckage holding his salvation - the trigger to cessation - to end us all / I took a life that takes mine, every quiet moment we collapse," that point our attention to the weight of pain inflicted on everyone involved in war.

"First Father" and "Inhabit the Wound" bring the album full circle, ending with a convicting and thought-provoking message. The former challenges us to love and fight for one another as Christ loved us, "'You pulled me through time, through the edgeless night' / I learned to love as you learned to die / I'll begin to feel again and finish the chapter you couldn't write," while the latter calls triumphantly, "The earth with a final gasp shook free from our inventions / Grace and nature reconciled I heard, 'It is finished.....' / Nine Lovers stumbled out from their shells of brokenness, they reached inside their wounds to find the seeds borne from their suffering."

Musically, Everything Was Sound improves upon the band's debut in every way. Everything from the production to the song structure has progressed in quality. "Psychescape," "Dying in Circles," "Nervosa" and "Orphan" provide a perfect balance between the melodic cleans and the harsher vocals of frontman Garrett Russell. The songs weave between beautifully complex and crushingly heavy in often unconventional ways. Garrett's screams have also improved and we find him utilize his lows much more than he did on their debut.

In the end, it's difficult to label Everything Was Sound as anything short of a masterpiece. Every lyric is well-thought out and researched (the lyrics contain footnotes to various literary works and Scriptures) and every note drips with intention and purpose. It's an exceptionally crafted album that continues to unravel with each playthrough and its message is sorely needed in today's age. If you're a fan of the band or good metal, do not let what may be the most important album of the year pass by.

Silent Planet made a pretty big splash with their 2014 Solid State debut, The Night That God Slept. The subject matter was dark and the album hit hard. A lot of people into heavy music were looking forward to their 2016 releasel and not even the band getting robbed back in May could stop these guys from getting their follow-up record out in time. Everything Was Sound picks up where The Night That God Slept left off, but goes a little further. It's definitely metal and has its heavy moments, but overall there are more open and airy sections that allow the music to breathe -- including the two musical interludes "Tout Comprende" and "C'est Tout Pardonner." As a whole, The Night That God Slept was more relentless in its metal barrage. While one can certainly appreciate what Silent Plant has put together this time around, I can't help but miss that constant intensity from tracks like "XX (City Grave)" and "Darkstrand (Hibakusha)." Everything Was Sound offers more overall variety, but "Pyschescape" and "Orphan" definitely give off some of that higher level of intensity at times. Silent Planet shows they can stretch themselves a little this time around by expanding what they did last time out. The vocals, both screamed and clean, still come across strong. Silent Planet's follow-up record is a success; there is no sophomore slump for these guys. Personal tastes put this one a hair below The Night That God Slept for this reviewer, but Everything Was Sound is certainly one of this year's best heavy albums -- right up there with Hope For the Dying's Legacy. Heavy music and metal fans will want to give this a listen for sure. - 6/30/16, Michael Weaver of Jesusfreakhideout.com

It's safe to say that Silent Planet came out of the gate strong in 2014. The Night God Slept was an intense metalcore album that shot them straight up into the "best of Solid State" group. 2016 is looking to be another strong year for the band, with Everything Was Sound sounding like the next logical step. The elements of their debut are still present, but they've also dabbled a little more in post-hardcore, a la Hands/Everything In Slow Motion. Regardless, they haven't lost their intensity, as evident in "Psychescape," which features the always-impressive vocal prowess of Spencer Chamberlain (Sleepwave, ex-Underoath). They also maintain their humanitarian aspect; this is a band that loves people, regardless of color, faith, lifestyle, etc. And they're not shy about sharing their faith and calling out falsehood; "We forgot Your life and became a people of death" is a haunting line about how far we've fallen away from what Jesus taught. There's a lot more of this on the rest of the album, which belongs in your discography if you've found yourself to be a fan of this wonderful band. - 7/9/16, Scott Fryberger of Jesusfreakhideout.com