In the early 2000s, I think the heaviest thing I had ever listened to was Korn. I was eventually introduced to - and began enjoying - the world of metal, metalcore, etc, thanks to the bands on... Solid State Records. A friend of mine introduced me to Facedown Records around 2005 or so, and I liked a little bit here and there, but I wasn't quite ready at that time for their offerings. It wasn't until the early 2010s that I really began to become a Facedown fan, and not until the past few years when I went back and began to appreciate the old school stuff. But even being somewhat of a late bloomer, it's easy to look back on Facedown's history and recognize both their importance and their quality through the years. There are certainly albums and bands that just don't hit the spot for me, but I'm nonetheless convinced that Facedown Records is amongst the most important labels in Christian music. They're still churning out bangers and I don't think they're likely to stop anytime soon! Thanks Facedown, and congratulations on 25 years!

Honorable mentions: One 21 by One 21, Lost Senses, More Innocence by Nodes of Ranvier, The Conflict by Falling Cycle, The End Is Near by Within, and Wintereich by Immortal Souls, Another Way Home by Remove the Veil, When Dreams Become Reality by Thieves & Liars, The Clearing by Sleep For Sleepers, Sons of Thunder by Sleeping Giant, Decrease / Increase by Wrench in the Works, Awaken by Fleshkiller, Taming Tongues by Dens, and A Line in the Sand by American Arson. --- Scott


For a long time, Extol was one of those bands that I just couldn't figure out. And by that, I mean that I recognized their greatness, but never heard anything that was in my wheelhouse. They were too heavy and too proggy for my tastes. But in recent years, my tastes have expanded, and I had really been taken by their side project Fleshkiller, so I decided to give their self-titled album a go. Boy was I glad I did, because this album is a beast! Extol really went all out here, with some of their best songwriting, massive signature riffs, excellent vocals, and purely worshipful and insightful lyrics. It's not for everyone, but it should be. 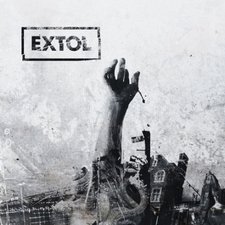 
Within a span of a few months, Forces of Light went from one of my least favorite albums of the year to making my top ten list for that same year. I'm not sure what happened between its initial release and its Facedown re-release, but it really grew on me. It's an intense album, but much of the style is really lowkey, slightly darker indie rock, with the same lyrical quality you'd expect from Fallstar's Chris Ratzlaff. At times, it's full of despair ("Praying Drunk," "Onyx Dust"), but there's also a light shining throughout ("Little Bell," "The Sun Came Dancing on the Rain"), demonstrating the interesting dichotomy of living with our Savior in a broken world. I'm really glad I finally came around on this one. 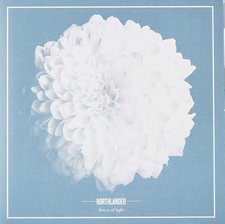 
Back in the early days of Facedown, the label was primarily focused on traditional hardcore: No Innocent Victim, xDISCIPLEx A.D., Dodgin' Bullets, etc. But the label also made room for some of hardcore's cousin, punk. In terms of full-on punk music, The Deal may have been the best to do it for Facedown. Yesterday, Today, and Forever is no-nonsense, fast-paced punk rock that barely relents, but always keeps Christ in the center. This comes highly recommended if you're into bands like One-21 or Officer Negative. 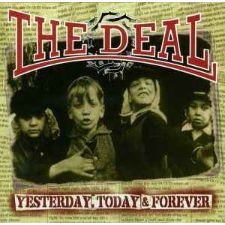 
I was first introduced to Fallstar by means of Come&Live! The group had released Reconciler. Refiner. Igniter. through the ministry's free-to-download platform, and I thought it was a pretty solid metalcore album. Then they signed to Facedown and released Backdraft, and man oh man, did they blow me away. Everything about the band, from musicianship to intensity to general songwriting, had been amplified for this release. The transition from the chanting in "Malbec Blood" straight into "Shallow Believer" kicks the album into high gear and it rarely takes a step back. The run of songs from "Drags, Drugs and Bones" through "The Valley" is the highlight portion of the album for me, but the whole thing is excellent, and is still the best example of what this band can be capable of. (Side note: can't wait for Sacred Mirrors!) 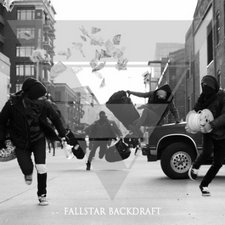 
Flee the Seen was somewhat of a local band for me. At the time they were active, I lived roughly an hour from their homebase of Kansas City, Missouri. I never got to see them live, but this was likely my own fault, considering that I hated their music when I first heard them. But now I'm older and can admit to the follies of the 20-something year old version of myself. Doubt Becomes the New Addiction has a mix of genres, from pop punk to screamo to metalcore, and is also one of the few female-fronted bands in the label's history. Putting all of that together, it makes for one of Facedown's most outlier albums. But it's a blast to listen to, with its catchy hooks, soaring vocals, and pop punk attitude. 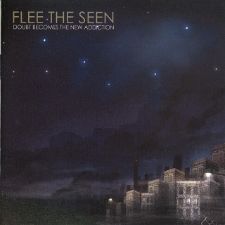 
This may be the first Facedown album I really got into, thanks especially to the EP's title track. My taste in heavy music was still blossoming, and I wasn't yet entirely ready to embrace full-on hardcore music, but the screams of "My city, your city / THIS IS A SICK CITY" were too good not to like. The EP soars by at just under seventeen minutes, but not without giving your eardrums a proper beating. Neither the album nor the band is likely to be as remembered or loved as My Epic or Comrades, but if you can find some spare time for a quick bit of hardcore, give this one a go. 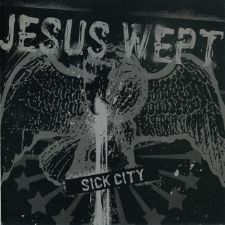 
Another band I discovered thanks to Come&Live! Dens knocked it out of the park with their 2020 album, Taming Tongues, so the announcement of an acoustic version of the album had me salivating (along with all of Facedown fandom, I imagine). And boy did it deliver. The guys could've easily just done a copy/paste job, so to speak, with nothing more than an acoustic guitar replacing the electric ones. But no, they went all out, treating Tamed Tongues like its own album, with fresh arrangements, present tense moved to past tense, and even extra lyrics in "Quiet," which was easily one of my favorite songs of 2021. Dens is really smashing it and proving that they're a multi-faceted band that we should all be keeping our eyes on. It's gonna take a lot to top Tamed Tongues, but something tells me they're going to. 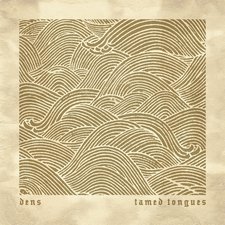 
If you're talking about 5-star Facedown albums, you're either keeping Lights and Perfections in the conversation or you're talking nonsense. The Burial is so mysterious to me, dropping three albums and then just ducking out, but their presence has been forever ingrained in the metal library in my mind. I generally wasn't too interested in anything nearly this heavy in 2012, but Lights and Perfections came into my life and really threw me for a loop. Everything about this album is pristine, from the production to the technicality of the music, and it even manages to throw some surprises my way to spice things up. I can't really do the album justice here (or even in the review I wrote ten years ago, which is probably pretty bad), but I'd highly recommend this if you've never given it a listen and you like, love, or appreciate technical and/or death metal. 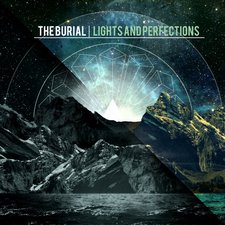 
In short: this album rules! Yeah, it's long... I wouldn't even be mad at you if you said it was too long. But as far as I'm concerned, every minute and every second of this album is utilized perfectly. Attalus was a band that knew how to write a song at any length and make it captivating. Into the Sea is a terrific indie rock / post-hardcore album that bridges the gap between Facedown's harder and softer sides, going back and forth between crunchy guitars and vicious screams and acousticky, piano ballads, stopping along the way for some solid rock & roll at times. I don't listen to this album very often, because it's the kind of album I want to listen to in full, taking it all in, and I don't often have the time to do so. But whenever the opportunity arises, it's worth it. 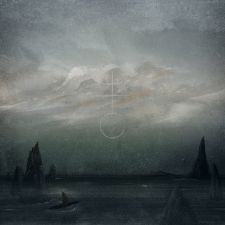 
It's my understanding that most My Epic fans would point to Behold as the best My Epic album, and maybe they're right, but Broken Voice is the album that means the most to me. For this one, the band amplified the worshipful side of their lyrics and replaced their crushing, atmospheric rock with a more acoustic-based sound, which complements the lyricism beautifully. The softer music also helps to put more emphasis on the lyrics, which are just as well-written and poetic as they are reverent. "deathbed" is a classic jam from this album, proclaiming victory and the freedom found in Christ - freedom from fear, darkness, and death. "lazarus" doubles down on freedom from death, while "doxology" closes it out with pure praise. Broken Voice is a rarity of an album, as one of the softest in the history of the label (perhaps second only to Tamed Tongues), but it's without a doubt my favorite thing Facedown has ever put out. 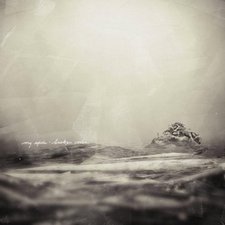